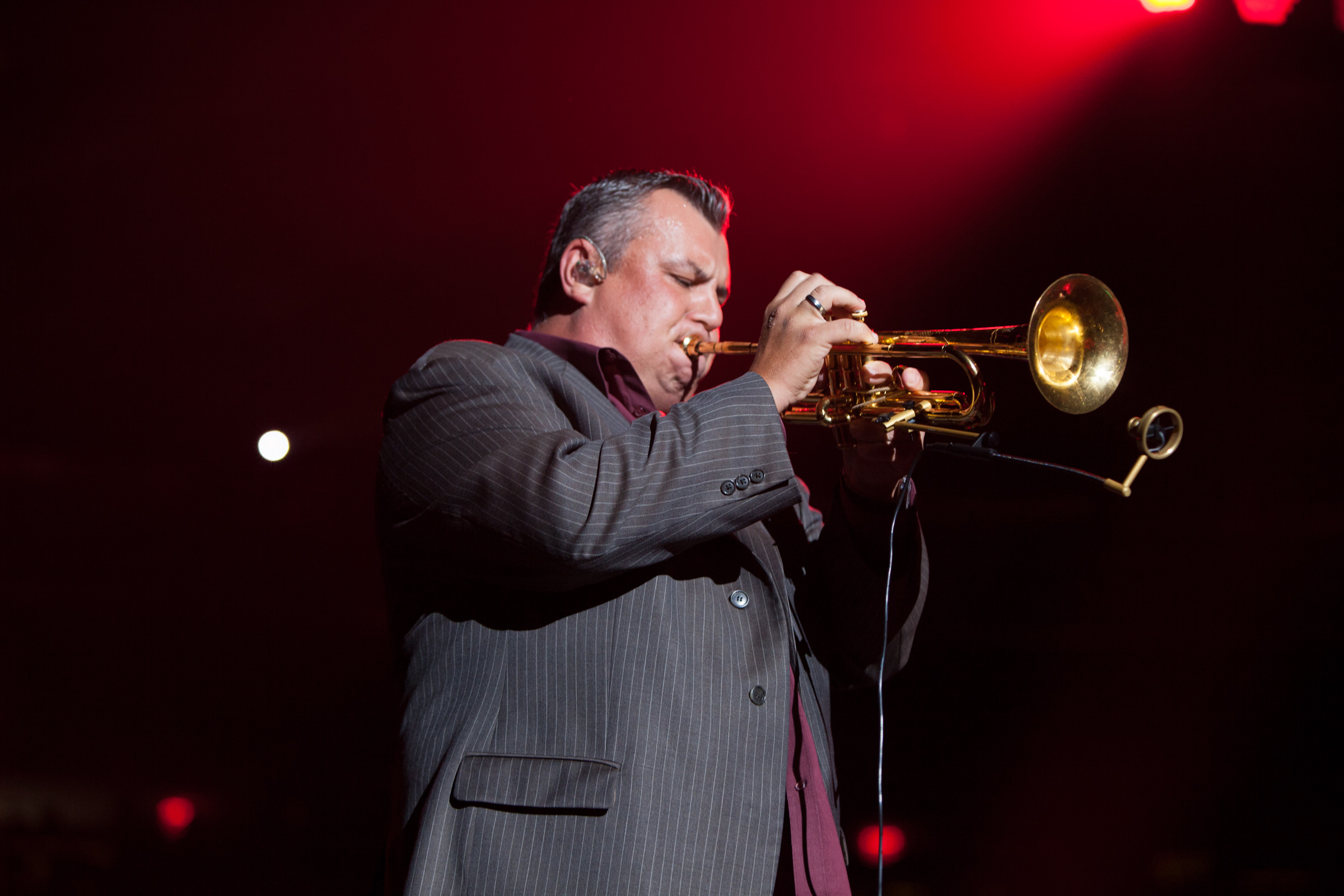 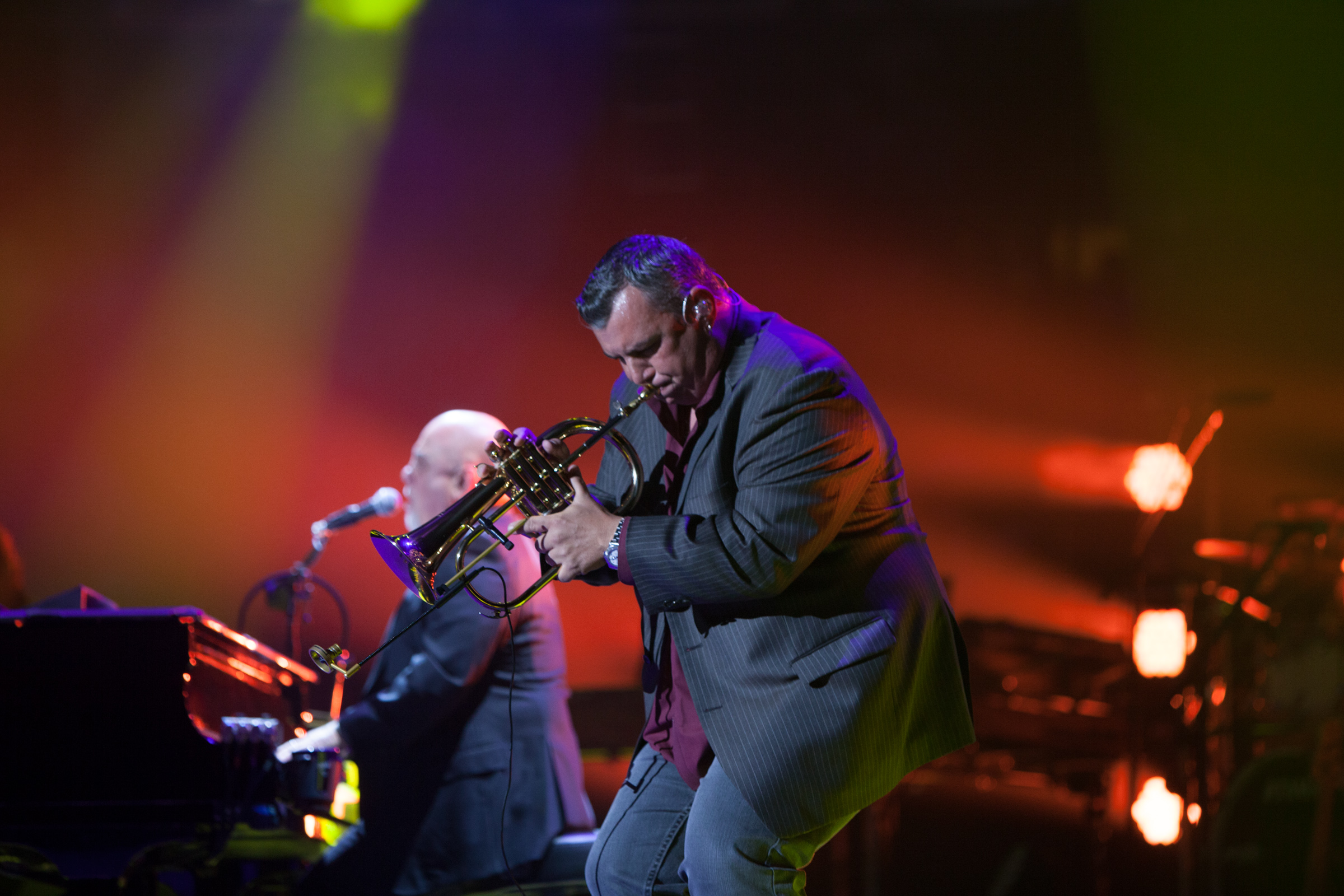 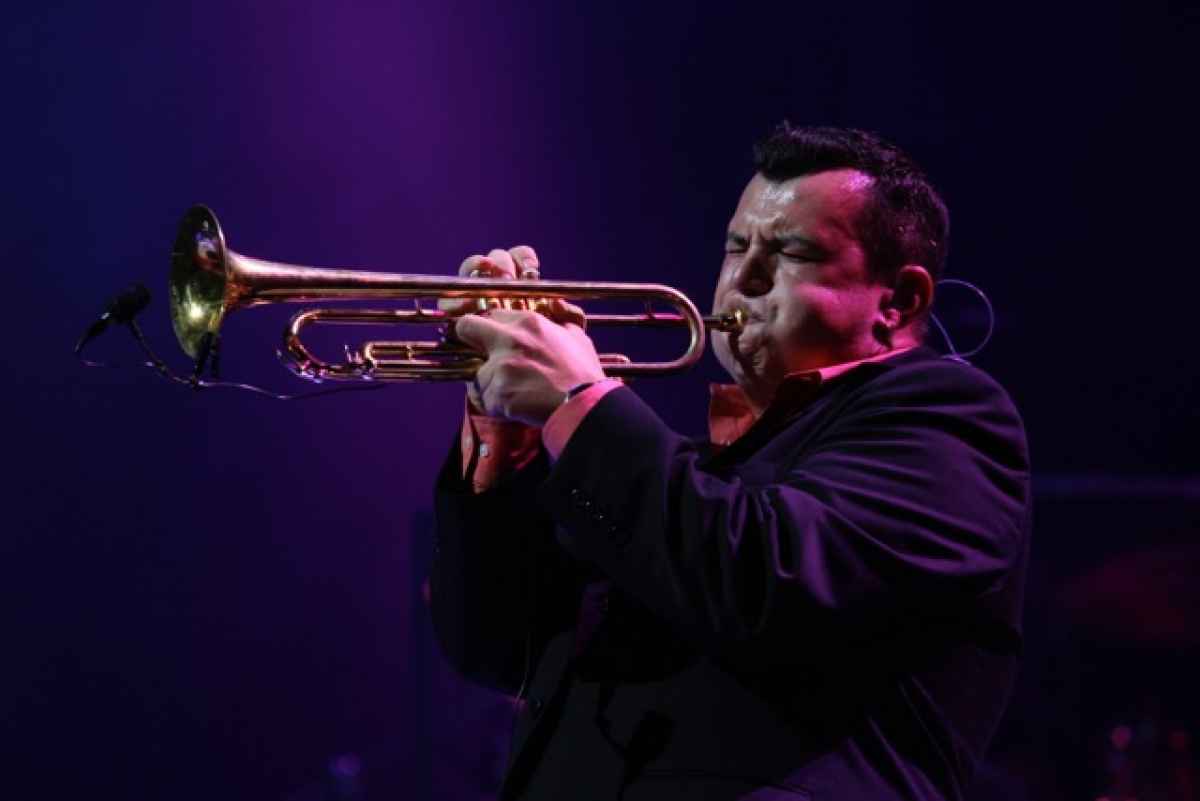 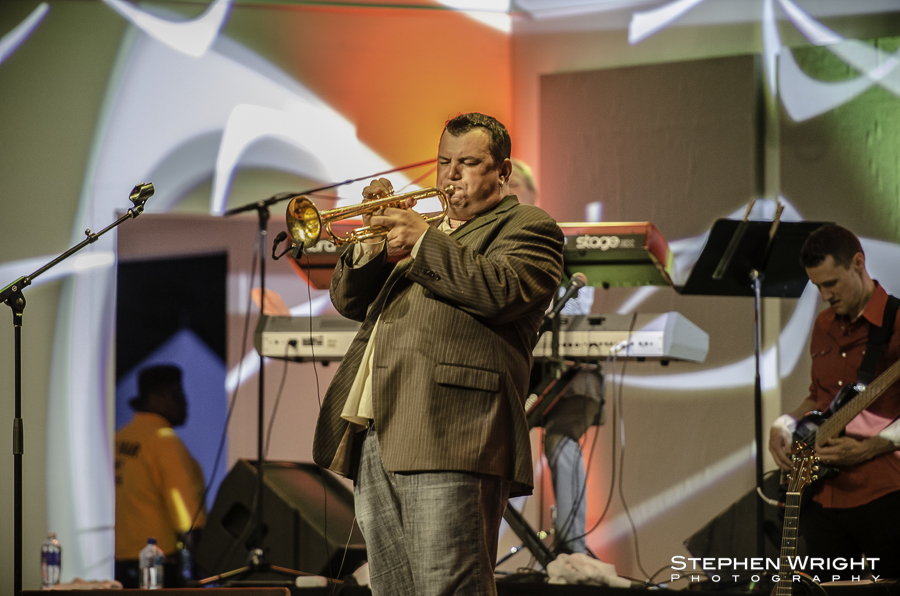 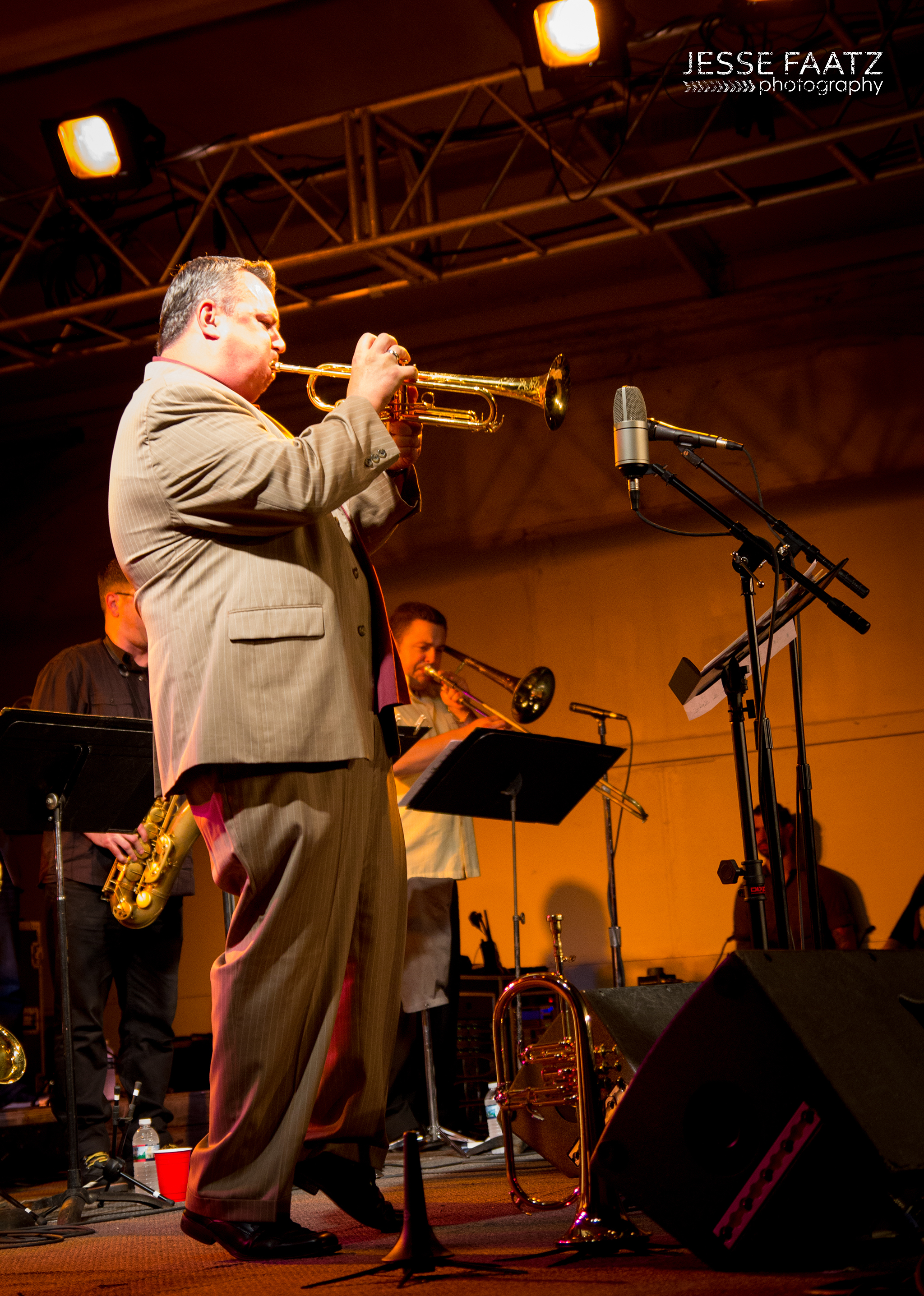 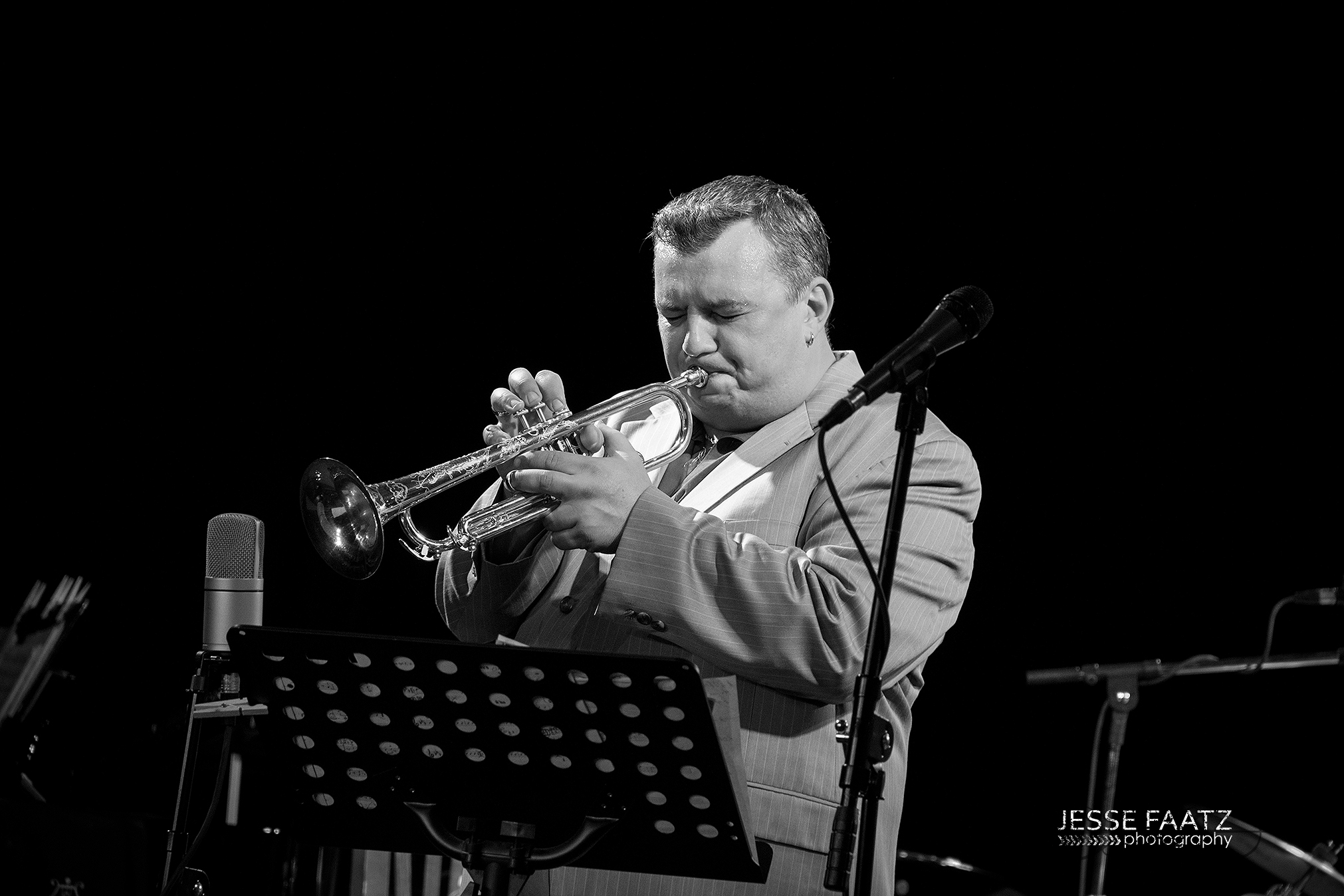 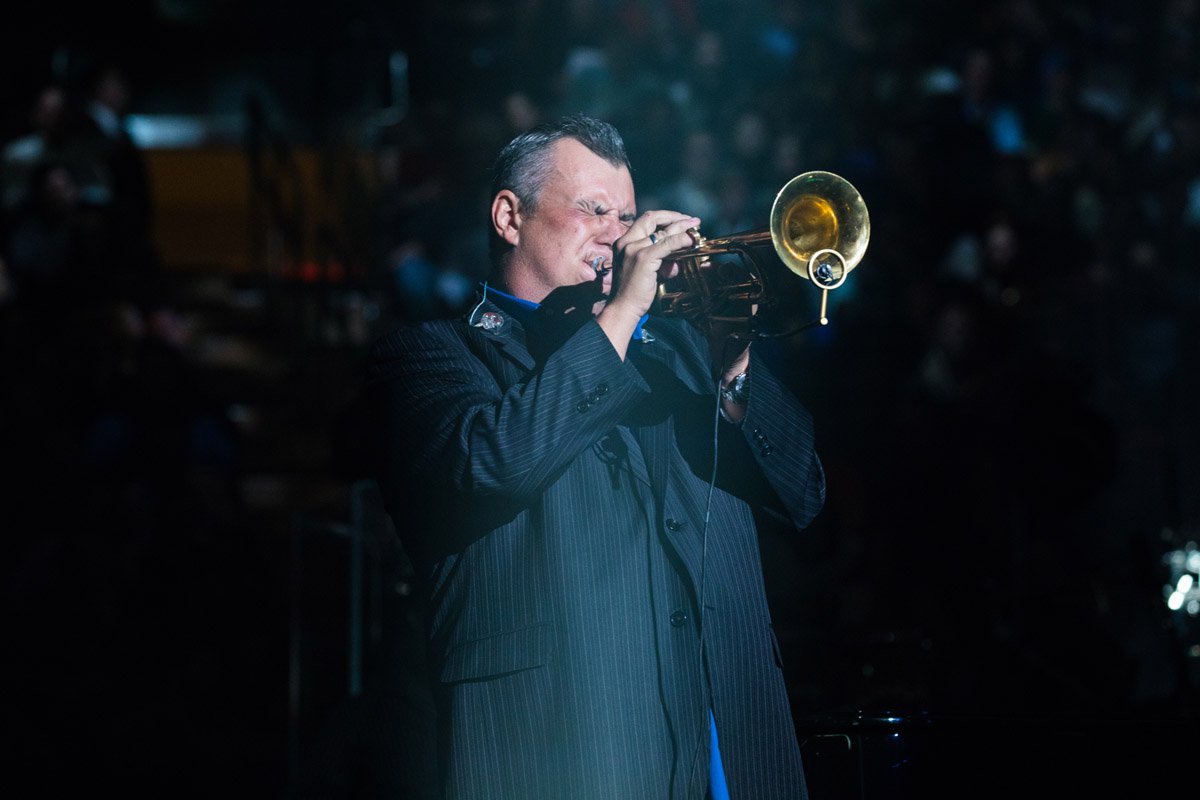 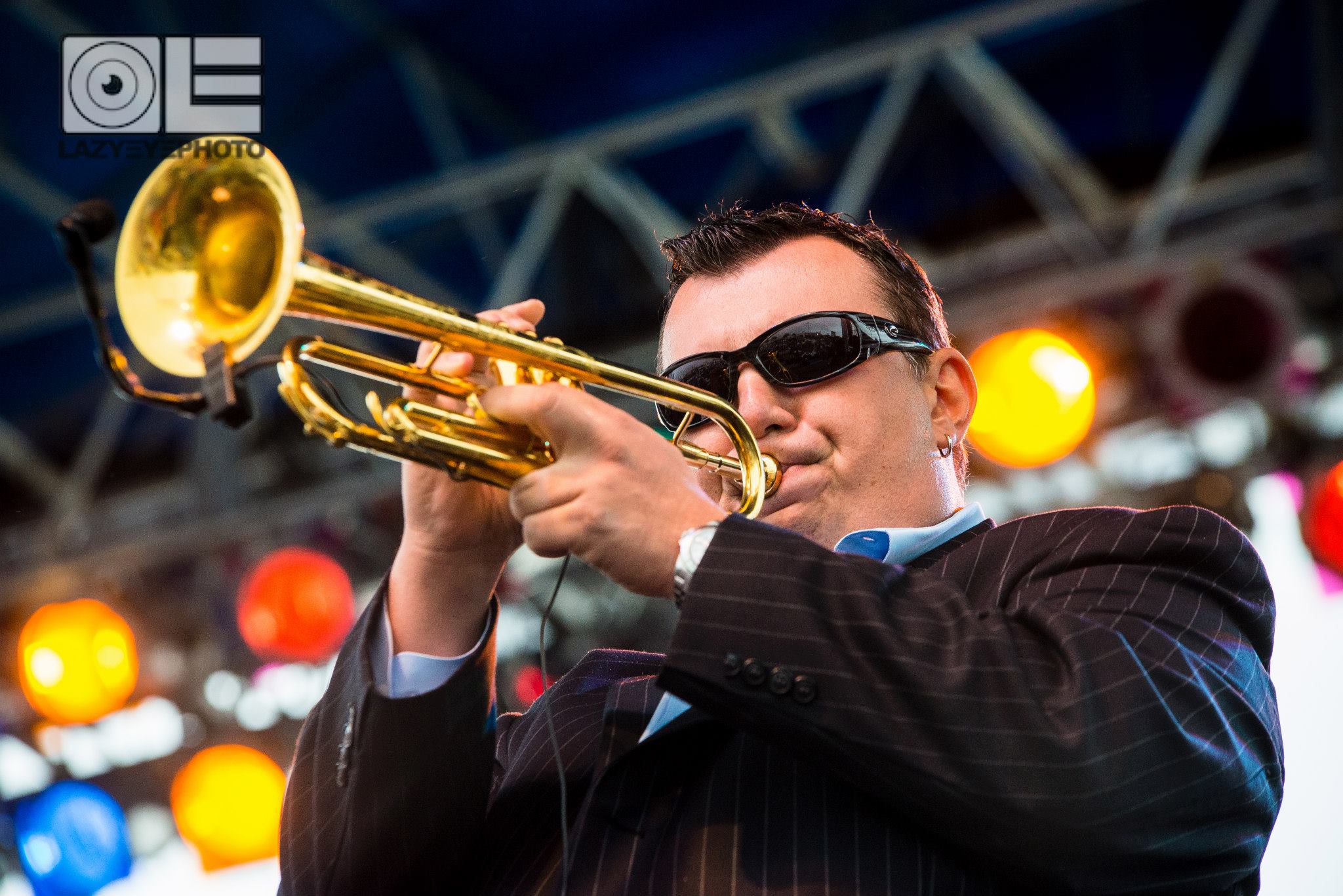 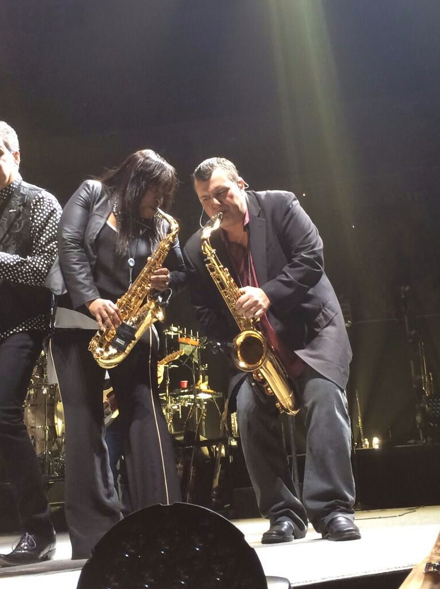 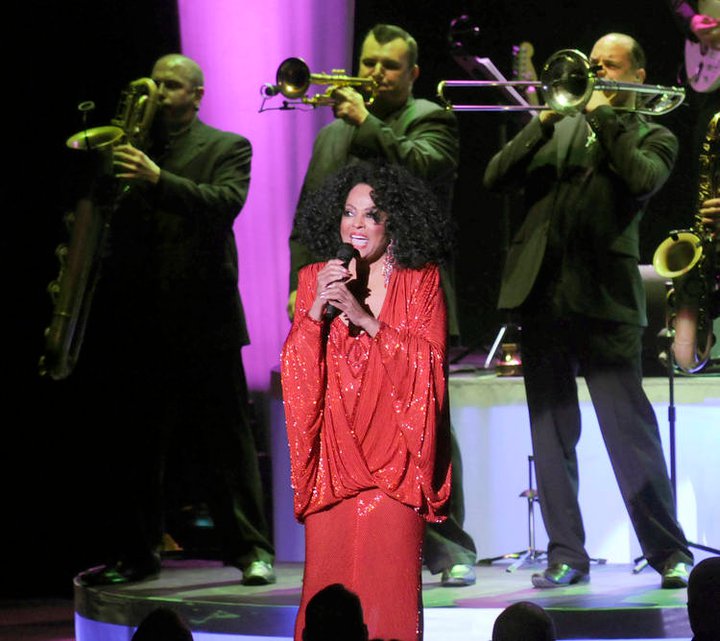 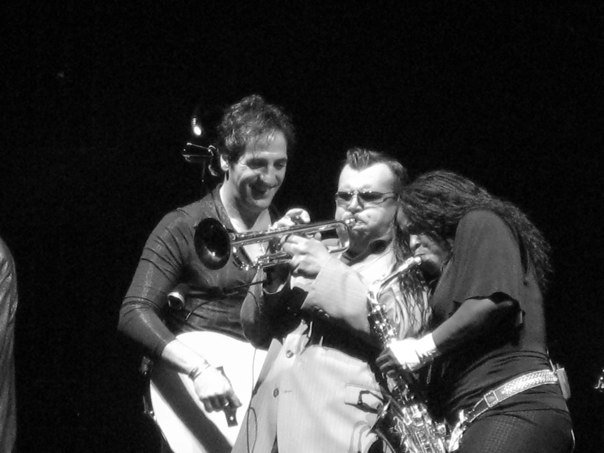 Carl Fischer is one of the most visible trumpet players of today, keeping a consistent world-wide touring schedule. “The crowd goes nuts… He’s just such a good musician. He just blows people away.” (Billy Joel/SiriusXM Radio Interview)

Fischer can be seen on some of the biggest stages in the world as a featured soloist/multi-instrumentalist (Trumpet, Flugelhorn, Trombone & Saxophones) as a part of record-breaking sold-out stadium & arena tours with pop music icon Billy Joel whose band Fischer has been a member since 2005. This includes Joel’s first franchised house band playing monthly sold out concerts at the world famous Madison Square Garden in New York City for 8 years and counting. Fischer also earned a platinum record/DVD for his performance and participation in Billy Joel’s “Last Play at Shea”.

In September of 2019, Fischer received an honorary Doctorate of Music from Five Towns College in Dix Hills, New York. In a letter to Fischer, Five Towns College President David M Cohen J.D. officially recognized Fischer for his “outstanding contribution to Rock and Roll and to contemporary music.” Cohen continued saying, “Because you serve as wonderful example for aspiring musicians, always displaying the highest standards of musicianship, the Board of Trustees enthusiastically joins in their decision.” Fischer officially accepted the award at a ceremony during the colleges opening convocation for the 2019 school year, by giving an address to the faculty/student body as well as a short performance.

His unique playing style is the result of a lifetime in music. Fischer first picked up the trumpet at age 5, inspired by his father, a talented trumpet player himself. His professional career started  more than 30 years ago touring with bar bands an a stint with a circus band . After this Fischer was asked to join the Lincoln Center Jazz Orchestra led by highly acclaimed trumpet virtuoso Wynton Marsalis.  Following this, he then moved on to join up with Maynard Ferguson, where he began working as trumpet player/personal assistant and ended over a decade later as a featured soloist, musical director, and concert opener. This was the first time in Ferguson’s 40 years of touring in which Maynard asked a trumpet player to open shows for him and resulted in the late jazz legend saying Fischer is “one of the best jazz trumpeters of today.”

In April 2020, Carl Fischer’s Sunshine City Brass, released “Down by the Riverside” featuring Fischer on a multitude of instruments along side his Billy Joel bandmate Michael Delguidice on vocals and receiving rave reviews. It also garnered a live performance spot on Fox Television.  The concept of Sunshine City Brass started during the pandemic and takes you on a jazz journey to where the north meets the south, with second line grooves and familiar tunes that conjure vibes of the Crescent City. All paired with the energy of the Big Apple.

With live performances on hold for many months during the pandemic, Fischer took that time to add even more to his bag by coming out with “The Tuesday Night Hang with Carl Fischer” which is an interactive, online livestream which gives fans the opportunity to hang out, chat, listen and learn from Fischer and so far more than 50 guests from all aspects of the music business; giving viewers a unique behind the scenes perspective to the music and artists/bands they see on the stage and hear on their radio.  The livestream has even grown in to a featured show hosted by Fischer and airing multiple times on the Billy Joel Channel on SiriusXM satellite radio.

Another addition to Fischer’s repertoire is Carl Fischer and TËTI.  Pronounced Tet-eye, and standing for Tribute to Evolutionary Trumpet Icons.

Carl Fischer & T.Ë.T.I. is a tribute to the greats that postured as more than just trumpet players, but also as innovators in the music, styles and social movements that surrounded them. These are the trumpet icons that are recognizable even by only their first name. The ones you can recognize from the first note or phrase. They helped to create, and give identity to, musical genres and even crossed between them. Louis, Dizzy, Miles and Maynard! These were the game changers that shaped not just the way trumpet was played, but also the music itself!  T.Ë.T.I., or Tribute to Evolutionary Trumpet Icons, gives audiences a sonic and visual live “look” into these master musicians, with compositions representing everything from their early developments to that which continues to influence the trumpet greats of tomorrow.

The instrumentation of T.Ë.T.I. helps to showcase and accentuate Carl Fischer’s unique, exciting, big sound and style as a trumpet soloist, section player and multi-instrumentalist. TËTI  is truly a gumbo of the trumpet greats, interpreted by Fischer, and presented with his own sound…developed in part by the life and legacy of these icons.

In 2015 Fischer released, “Pure Imagination”, a collaboration with established producer Andy Snitzer, featuring a more lush lyrical side of Fischer’s playing and having a more commercial appeal, while still including a dash of fireworks thrown in that can only be described as Carl Fischer! Portions of the proceeds from the project benefited children’s hospital charities.

In 2011, Fischer started the Carl Fischer Nouveau Big Band, comprised of some of the finest first call musicians in the NYC area, which was a mainstay in the NYC club scene as well as headlining jazz festivals.

“Adverse Times” (2009), by Carl Fischer & Organic Groove Ensemble, was released to rave reviews and garnered high placement on multiple music charts. As the esteemed Mr. Joel commented, “From pop melodies to hard-driving funk, from world flavors to renditions of some of my own compositions, the album will appeal to a wide range of listeners and definitely should not be missed.” Organic Groove was founded in 2001, and its well-received 2003 self-titled release is still having success in the digital market. “They will excite you, move you and leave you breathless”. (AllAboutJazz.com)

Fischer also continues beyond the stage into education, as well as trumpet and mouthpiece design. Fischer provides workshops for university and secondary education students on trumpet, trombone, saxophone and rhythm sections. Throughout Fischer’s career, he’s been fortunate to work with major instrument companies and, after years of research & development, is elated to be collaborating with Warburton Music Products. Terry Warburton and Carl have collaborated to create the highly popular “CF Horn” (trumpet) which has sold like wild fire even before it’s initial release! Fischer also has a 18+ yr relationship with mouthpiece guru Gary Radtke (GR Mouthpieces) who, with Carl, developed his “Carl Fischer Signature Series” line of mouthpieces which has been revolutionary in saving major professional players careers, as well as helping out novices and students of all ages alike. To say Fischer has a passion for music, education and design would be an understatement. It’s his way of life!

Carl is one of the best jazz trumpeters today!

Fischer’s a “gifted musician”. “… the crowd goes nuts… Maybe it’s unexpected but he’s just such a good musician. He just blows people away,”

Fischer’s trumpet and flugelhorn sound is as inviting as warm butter.

If you have any questions, feel free to reach out directly to Carl’s management team at WTM Chicago and they’ll help you out.