“What A Wonderful World” Now Available

‘What a Wonderful World’ is now available for purchase and streaming on all major platforms including Apple Music, Spotify, Pandora, Amazon Music and many more! Go out to your preferred platform and check it out now by searching for “Carl Fischer, What a Wonderful World” or save yourself some time and purchase your digital download right here by clicking here.

‘What a Wonderful World’ has always been special to me. My parents and I got to visit Louis’s house in Corona Queens, NY and had a great time, which you can see by a couple of photos that were included in the video. I would like to dedicate this to my Mother Carol and my late Father Charlie. As of Jan 18, 2022 we have been with out him for 5 years. Charlie always tried to look at the good in all. It truly can be a wonderful world if you let it be! The world was a better place with you in it and you are so missed!” – CF [ read more ]

Carl Fischer & T.Ë.T.I. is a tribute to the greats that postured as more than just trumpet players, but also as innovators in the music, styles and social movements that surrounded them. These are the trumpet icons that are recognizable even by only their first name.  The ones you can recognize from the first note or phrase.  They helped to create, and give identity to, musical genres and even crossed between them.  Louis, Diz, Miles, Maynard, and Freddie!  These were the game changers that shaped not just the way trumpet was played, but also the music itself!   T.Ë.T.I., or Tribute to Evolutionary Trumpet Icons, gives audiences a sonic and visual “look” into these master musicians, with compositions representing everything from their early developments to that which continues to influence even the trumpet greats of tomorrow.

Thank you to Occhi Magazine and Mark Vodery for for the great conversation, video interview and feature article. Check out some great content and Mark’s interview with Carl at the link below! Also, thanks to Chris DiGirolamo and Two For The Show Media.

Click here to check out the interview, article and additional videos from Carl Fischer & TËTI 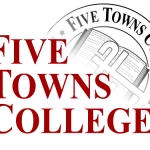 In a letter to Fischer, Five Towns College President David M Cohen J.D. stated, “Each year the Five Towns College Board of Trustees invites the faculty and student body to nominate individuals who have distinguished themselves as role models to receive honorary doctorates. This year, students and faculty have nominated you (Carl Fischer) for your outstanding contribution to Rock and Roll and to contemporary music. Because you serve as wonderful example for aspiring musicians, always displaying the highest standards of musicianship, the Board of Trustees enthusiastically joins in their decision.”

The Carl Fischer ”Have Horn Will Travel Tour” (Guest Artist Performances and Workshops) recently made a stop at the great University of North Texas and had a great day with the legendary UNT One O’Clock Lab Band under the direction of Alan Baylock. A big thank you to Alan, the students and staff at UNT, and to everyone that helped to make this such a great day. We hope you enjoy the video because we certainly had a good time making it!
Read More
Book Now

Throughout my career, I’ve had the opportunity to work with some wonderful companies and have had some killer horns made for me.  My arrival at Warburton Music Products is the result of a 25 year friendship with Terry Warburton. I’m honored to have this great partnership and humbled to have my initials on this great “CF Horn”!  The “CF Horn” by Warburton is the culmination of more than 2 decades of research and development from my private collection of horns, with companies I’ve worked with throughout the years. Between the bore size, bell size, killer mouthpiece receiver,  great balance and weight distribution, the “CF Horn” slots like no other while producing the biggest sound I have ever produced on a Bb trumpet. The “CF Horn” by Warburton is the best horn I’ve ever played.

Wanna check out other news in the world of CF? Check out the News Archive

From the Piano Man

“Carl is a gifted musician and someone I have had the pleasure of performing with over the past eight years. With the release of Adverse Times, Carl firms his place in a lineage of truly great trumpet players. From pop to hard-driving funk, from world flavors to inspired renditions of some of my own compositions, the album will appeal to a wide range of listeners and definitely should not be missed.”

“When the singer paid tribute to the late Ray Charles with “What a Wonderful World,” Joel turned it into a gorgeous duet with Baldwin’s Carl Fischer delivering Louis Armstrong’s trumpet parts.”

He’s assembled a team of musicians versatile (and talented) enough to give each song exactly what it requires, from the prog-rock keyboards of “The Entertainer” to the triple-saxophone attack that followed Joel’s piano break on “Movin’ Out” and Carl Fischer’s stellar flugelhorn and trumpet work on “Zanzibar.”

Wanna give your students or customers the chance to interact and learn from someone with Carl’s talent and experience? Carl does clinics, masterclasses and educational performances all over the United States and abroad.  Our partners at Warburton Music Products, the makers of the CF Horn, also very generously offer clinic support to help make the opportunity available to all. Click the button to send us a message and lets start planning!